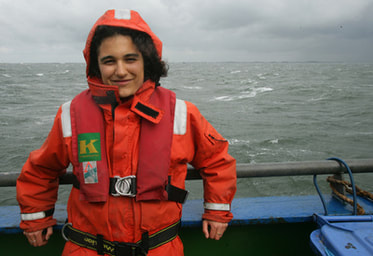 Passion for the ocean
I have been passionate about protecting the oceans since as far back as I can remember. From telling people off for littering on the beach as a five year old in my hometown, attempting to rescue marine life as a child in Gabon to becoming the first exhibit guide at the Sea Life Centre in the Netherlands at age fifteen*. Since then I have dedicated almost my entire life to understanding our oceans and working to protect them.

Most of my role models were men. Men portrayed as ocean explorers, marine biologists, captains of vessels, activists and decision makers. Whilst none of this deterred me from pursing my dreams, I am sure I am not alone in wishing there were more female role models to be inspired by.

* My experience at Sea Life (in 1992) taught me a lot about marine life and fuelled my interest in the ocean. At the same time I was confronted with the fact that aquariums are profit driven, which in the case of the aquarium I worked at meant that profit came before animal welfare. I found this very disturbing and as such will never endorse an aquarium or any facility holding animals in captivity unless there are solid grounds for doing so, such as animal rehabilitation, species protection and / or where the facility is genuinely driven by conservation. 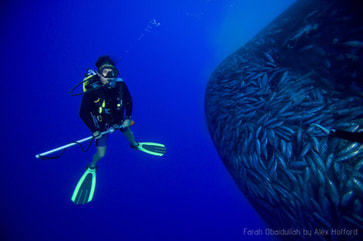 ​Professional journey
I have almost 20 years professional experience in the field of strategy setting, campaigning, coordination, environmental auditing and investigations. After several years of undertaking environmental due diligence and impact assessments across different industries, I directed my career towards my life-long passion and commitment to protect the world's oceans.
​
For close to eleven years I worked as a Senior Oceans Campaigner with Greenpeace on different campaigns around the world on land and at sea. During that time, I helped to develop a Greenpeace presence in West Africa including recruiting and mentoring staff and developing strategies for the region; I successfully led a campaign to stop the transfer of a highly destructive fishery (hydraulic dredging) from the Netherlands to Mauritania; Exposed Illegal (IUU) fish crimes around the world; Led Greenpeace’s initial engagement on slavery and labour abuse in the fishing sector including presenting at INTERPOL's 2014 conference on human trafficking - the first time human trafficking and labour abuse at sea was discussed at such a forum.
My work has taken me all over the world from coastal communities across Europe, Africa, Asia and South America to remote parts of the High Seas. What struck me in all my travels is the inherent role that women play in safeguarding our marine natural resources.

From policy makers and businesswomen to community members, surfers and scientists, women from all walks of life care about our oceans and are doing some great work to save them. Unfortunately the role of women in ocean conservation is often overlooked.